It’s been two great days so far. Dijon. Côte de Nuits. Beaune. Côte de Beaune. Lyon. Food. Wine. And more food and wine. Almost five hours southeast of Paris, this is a beautiful environment in which to unplug. The lush colors, fragrant aromas and complex flavors assault the senses and demand attention. I am a willing captive of my family and France.

It’s virtually impossible for people like me to simply pack a bag, hop on a plane (or another mode of transportation) and go on a vacation. It takes at least a week or more of preparation. Even if your travel itinerary is locked and loaded well in advance, covering work and home obligations — especially last minute details — so that things are in good working order before your departure can be stressful.

I got everything possible done and boarded my flight with a clear conscience. And yet, as I flew over the Atlantic, two seemingly unrelated things weighed on me.

The first comes from a recent blog written by my brother’s colleague and family friend, Rabbi Paula Mack-Drill. In it, Paula addresses the latest questions and concerns that have arisen with regard to Conservative rabbis officiating over marriages between Jews and non-Jews. With the newest study reporting even higher and more alarming intermarriage rates, I very much appreciated hearing her views and opinions. But I am sad, and a bit worried, because her stand won’t stem the trend; neither will others’ “if you can’t stop it, embrace it” attitudes and behaviors.

The second comes from Israel’s Prime Minister Benjamin Netanyahu’s cowtowing to his minority right-wing Orthodox factions. Rabbis, Jewish organizations and many others across North America are outraged (as are a comparative few in Israel) by the government’s reneging on the Kotel (the Western Wall) agreement to offer an egalitarian prayer space at this most holy site. In addition, a new conversion bill is rapidly moving toward granting absolute and official authority for religious conversions in Israel to the Rabbanut (Israel’s Chief [Orthodox] Rabbinate), thereby excluding the opinions and practices of all other streams. For me, this caused a gut-wrenching “Aha!” moment. Israel cannot be a Jewish and a Democratic state until more secular and less religious Israelis stand up and care about this and other similar issues more than I/we do.

I am only two days into twelve away from the real world. And yet, reality is here with me in the forms of my children. And so, in an open and honest conversation with my son this evening, I discussed the wide-reaching concerns, frustrations and ambivalence that I feel. He shared his.

I listened. We talked Judaism, politics, BDS, intermarriage, etc. His logic and rationales made me acutely aware of the fact that our family’s Jewish future — and its relationship with Israel — is in his [their] hands; not Netanyahu’s and not the rabbis’ and not even mine. Either Judaism and Israel will be warm, welcoming, embracing and tolerant or they won’t. And it’ll be those factors that will drive how my kids spend their time and money…and raise their children.

For the next few days, I refuse to worry about anything other than eating, drinking, speaking and experiencing all that is French. 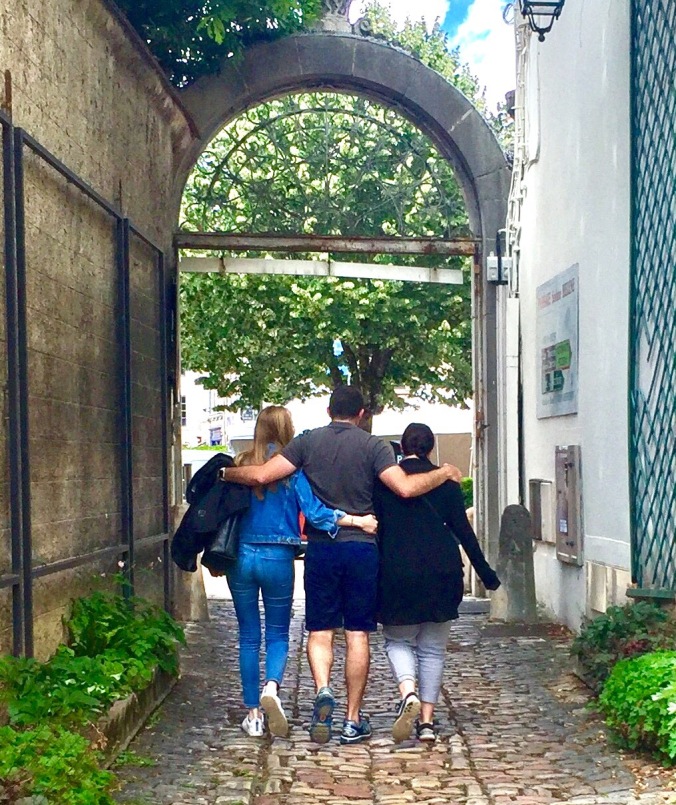