The irony didn’t escape me. With terrorism and violence rampant throughout Europe and elsewhere — most recently the shocking attacks in Paris — I voluntarily stood at the border of Israel and Gaza this week with nine members of the Atlanta Jewish community. With Ziv, the officer in charge, we felt completely safe as he matter-of-factly pointed out Hamas training areas and buildings that served as headquarters; all barely a mile away. It was surreal. At any moment, the bullet of a sniper or a rocket could have been launched in our direction, but the notion of this reality didn’t enter my group’s consciousness. We calmly directed our attention across the barbed wire fence and security wall toward the lookout where a Hamas soldier stood watching us through binoculars. As I stared at the figure in the distance, I fought the sudden the urge to wave. I decided not to push my luck. 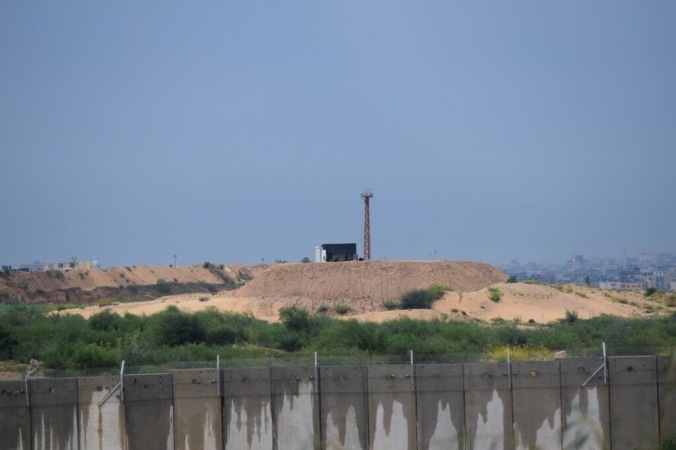 We were greeted by Hila who was born and raised in this border-village called Netiv Aserah. She remembers the days when, as a teenager, she and her friends went into Gaza to hang out and go shopping without a care. For the last fifteen years however, a very different reality defies any possible recreation of those memories. Her teenaged boys will never know the type of peace and freedom that she did. It was mind boggling to our little group that Hila will not move from the area. Her farm has been family-owned for generations and serves as her livelihood and home. While some may think she’s crazy, I think she is the most courageous woman I’ve ever met. She still has hope for a better future.

This week I was bolstered by hopes and dreams. I met with Ethiopian Israelis, who came to the Promised Land with high hopes of living freely amongst the Jewish people, despite the challenges of acclimating and integrating. I spoke with Israeli Jews who still dream for peace with their Palestinian neighbors, despite an atmosphere full of distrust, hate, politics, and random stabbings. I listened to Israeli women who want their voices and ideas to be welcomed into and embraced by all streams of religious Jewish life in Israeli society. And on it goes…people who dare to hope and dream in the face of adversity; uphill battles and low odds of success, accompanied by tremendous trials and tribulations.

I am a person who believes in possibilities. Hopes and dreams can transform less-than-ideal realities into new ways of being, living, and thriving. Nothing is impossible if the right motivation, vision, drive, and leadership are in place — along with bravery, courage, and even faith — to achieve the extraordinary.  Change can happen.

In this week’s Torah portion, Vayetze, Jacob saw a ladder in his dreams. It bridged the earth and the heavens, with God’s angels rising and descending upon it. He awoke with the understanding that he was in a godly and holy place. According to Rabbi Jonathan Sacks, Jacob’s “greatest visions came to him when he was alone at night, far from home, fleeing from one danger to the next.” In moments of vulnerability and crisis, Jacob’s spiritual epiphanies enabled him to forge ahead despite the dangers along the way.

Each night this week, from my hotel rooms in Tel Aviv or Yokneam or Jerusalem, I thought about the “dangers” that I learn of or encounter daily. Yet, I am not afraid. My hopes and dreams are inspired by the work of so many whom I admire; those who, like me, envision a better and more peaceful world. I know that it’s darkest before the dawn. 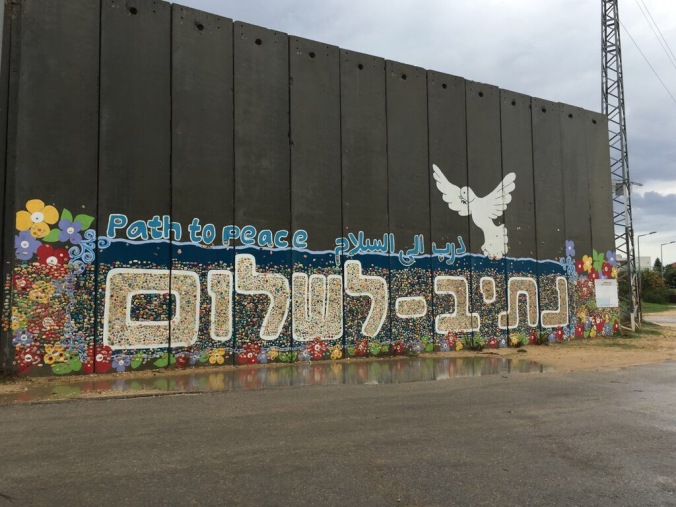